Hello,
This will be a post about benefits of regular breaks for productivity and eye health. As you know Iris has the feature for break reminding displaying you overlay at given periods of time or a small window for productivity. 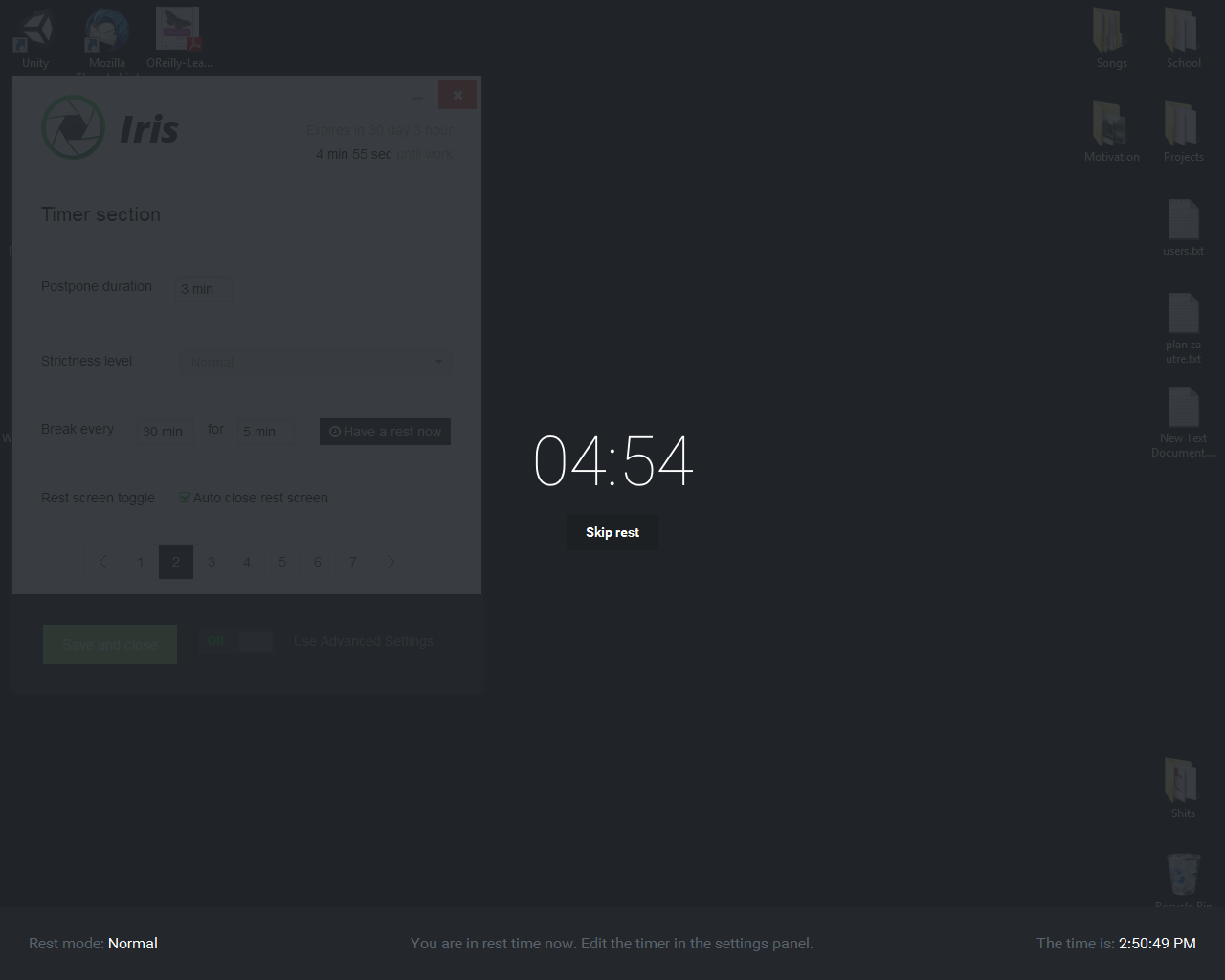 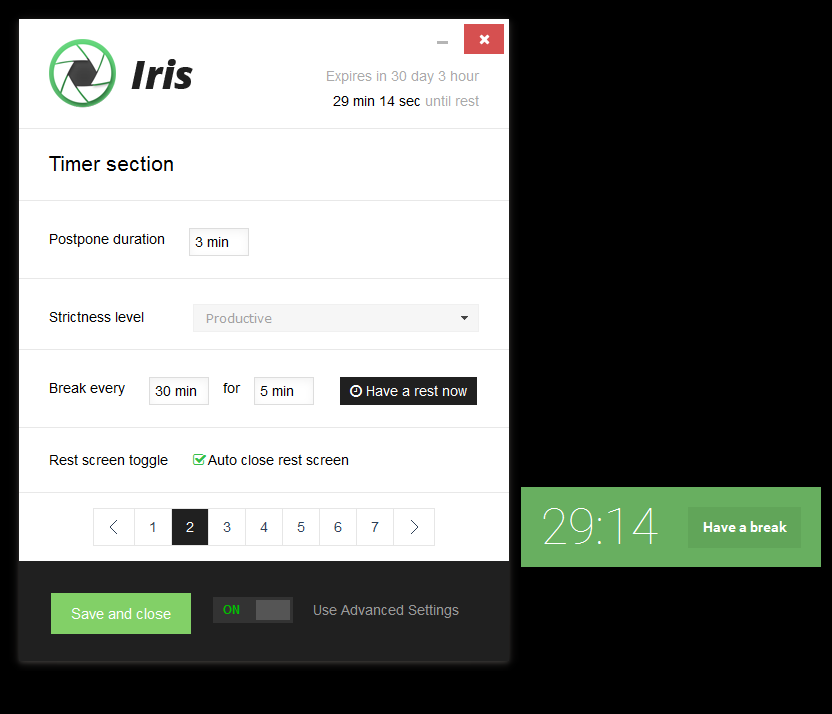 In this first revision of this document let’s get back in time. In the mid-1920s, an executive in Michigan studying the productivity of his factory workers realized that his employees’ efficiency was plummeting when they worked too many hours in a day or too many days in a week. He instituted new rules, including an eight-hour work day and a five-day work week. “We know from our experience in changing from six to five days and back again that we can get at least as great production in five days as we can in six,” he said. “Just as the eight hour day opened our way to prosperity, so the five day week will open our way to a still greater prosperity.”

That company turned out to be one of the most profitable companies of the mid-twentieth century, and the boss at its helm is remembered as one of the most talented executives in American history. His name was Henry Ford.

And to this day many companies embrace eight-hour work day.