The eyes: from ancient jellyfish to modern humans

Life has most likely been on Earth for almost as long as Earth itself has existed.

But for the most part of those more than 4 billion years, life on Earth has been simple, single-celled organisms living on the bottom of dark oceans.

Slowly but surely life began to evolve in many different ways.

One of the most extraordinary features that came with evolution is eyesight. 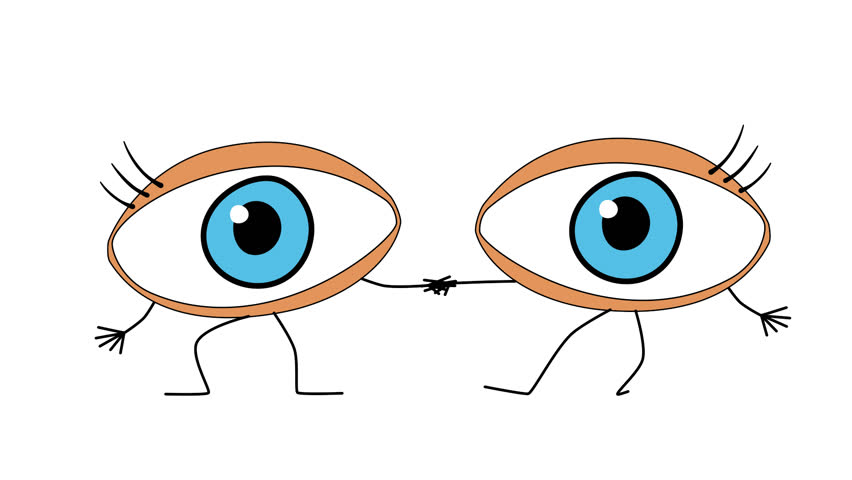 It is a helpful tool and the most used of all our senses today. Without eyesight we are mostly helpless.

The eyes are one of evolution’s greatest achievements. Today eyes are everywhere in different shapes, sizes and function.

That depends on the lifestyle a certain species is leading.

Those different types of eyes all formed from something called convergent evolution – meaning they evolved side by side in different environments. But how did the first eye ever come to be?

Around 600 million years ago sea life was simple, small, soft and slow.

One tiny ancient plant called phytoplankton developed the rhodopsin gene which would lead to the creation of the proto-eye.

These tiny cells were living off photosynthesis so why did they need eyes? These organisms didn’t have brains or the complex vision we have today, so obviously they couldn’t just ‘see’.

The proto-eye was used only to make a difference between light and shadow. That ended up being really helpful in avoiding predators who could cast shadows.

At some point, a representative of one of the oldest lineages of almost unchanged species ate phytoplankton.

That was the ancient jellyfish. 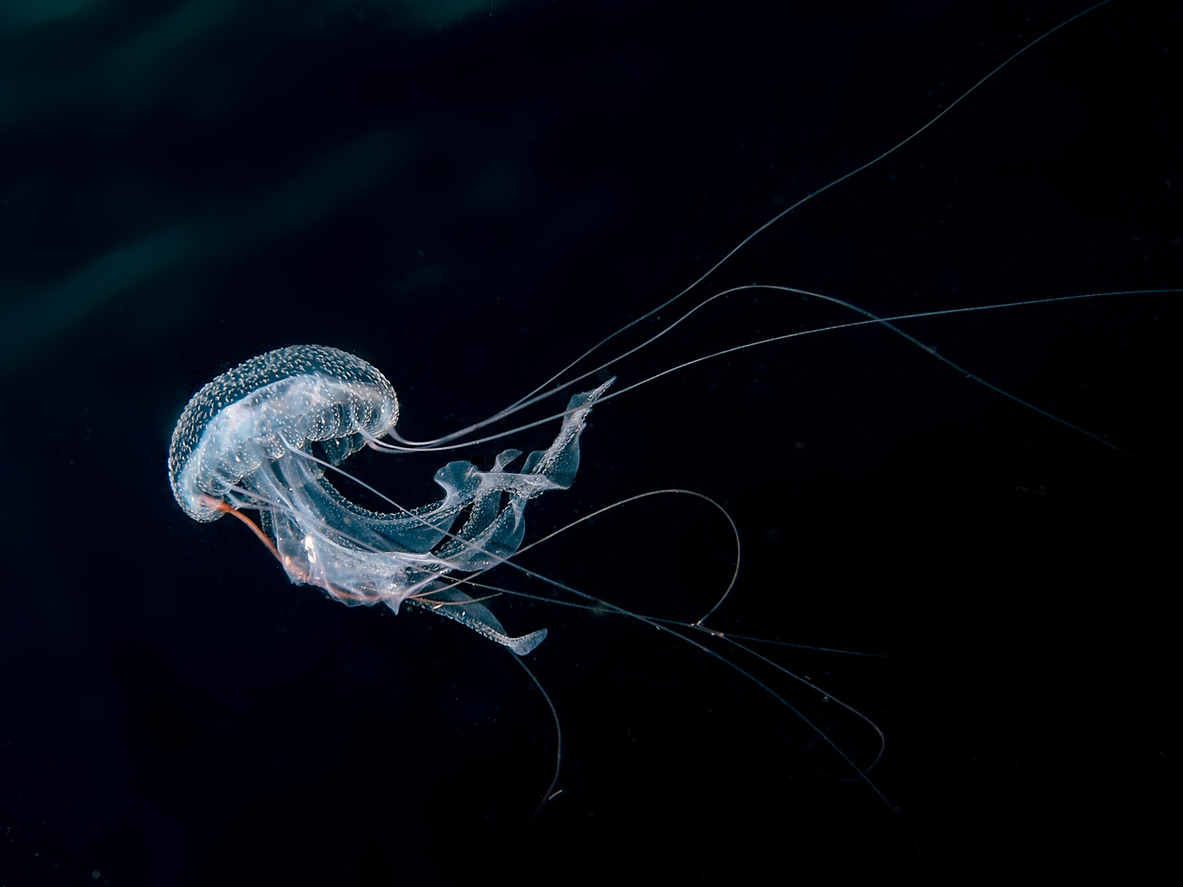 Through mutation, jellyfish developed tiny black spots on their bells.

One recent experiment proved that jellyfish respond to colors from the different wavelengths of light.

Green makes them relax because it resembles the bottom of the ocean floor.

Purple light, however, turns on their escape response.

Purple and blue lights are the highest energy types from the spectrum which means they can cause various injuries.

A little over 500 million years ago an event would come to a place that would baffle and excite evolution scientists.

That was the Cambrian explosion that spanned about 50 million years. 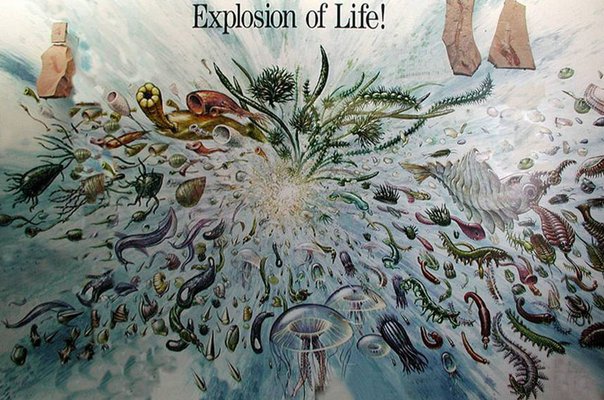 To us, that seems like a lot of time but given that life originated on Earth around 3 billion years ago it seemed strange that ‘suddenly’ most major species from that time would first appear in the fossil record.

The Cambrian period marks the evolution of compound eyes which would be used as natural weapons until current times.

Compound eyes are an array of many microscopic lenses – the same type that insects like flies and bees have today.

It’s believed the first such eyes came from an ancient arthropod called trilobite that secreted rock from its skin and ended up making itself crystal eyes.

Sounds very hardcore until of course its extinction around 250 million years ago.

Modern insects had a common ancestor with the trilobites which explains how they got compound eyes too.

The most complex compound eye is the dragonfly’s which has a whopping 29000 lenses per eye.

Rise of the vertebrates

The evolution of eyes gave the arthropods an extraordinary advantage in the battle for survival in the ancient oceans.

The sea scorpion was around 2 meters long and for a while, it was the main predator in the oceans. 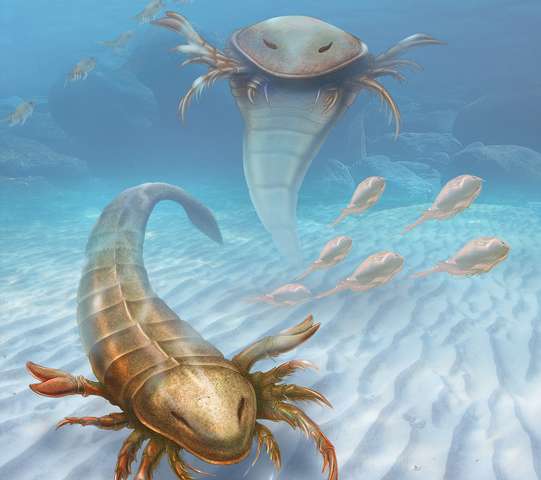 That would change with a tiny worm-like creature that through a merging of genes developed a new type of eye – the camera eye.

This ancient worm through millions of years would evolve to become the modern vertebrates – fish, birds, reptiles, amphibians and mammals, including humans.

The camera eye was a single lens made of soft tissue. With it, the vertebrates quickly overcame the arthropods.

The largest vertebrate ever was a 10 meter, 4-ton ancient shark that would be the largest animal on Earth until the dawn of the dinosaurs.

The advantages the camera eye gave were that animals could now see in 3D and measure distance.

That meant not only knowing that there is something there but knowing how big it is and where exactly it is.

With the evolution of dinosaurs came another problem, however. It was good to have eyes, but they needed to be in the best possible position on the head for better vision.

Some dinosaurs had their eyes on both sides of the head but the nose area would prevent their fields of vision to overlap.

Meaning they had annoying blinders on their head constantly.

That, however, was great for the tactic of ambush. To this day crocodiles use their ‘blinders’ as an advantage. 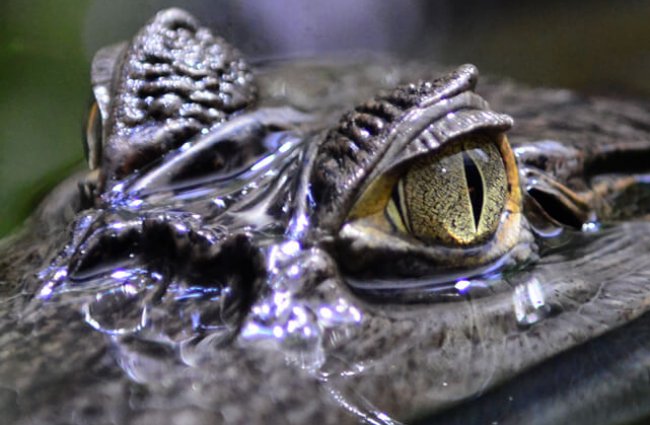 Prey animals, on the other hand, developed eyes that could help them escape easily.

The eyes of rabbits, for example, are placed so that it gives them a 360-degree vision.

Sure it wasn’t 3D but it helped in avoiding possible predators.

Mark of the mammals

The first mammals emerged around 100 million years ago. They were mice-sized and in the era of dinosaurs had to be creative. 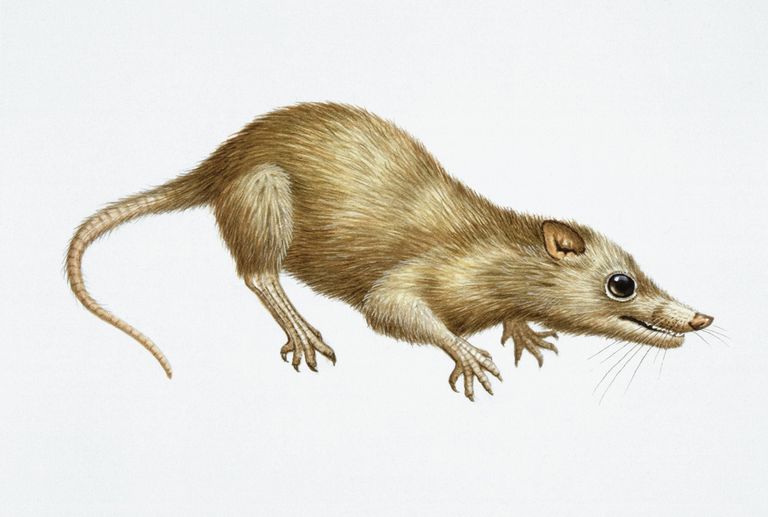 So they developed night vision. This way they could go out at night for food without risking being eaten or stomped on.

The main component in these types of eyes was the size of the cornea – the transparent layer making the front of the eye.

The size of the cornea dictated how much light would be let in the eye.

A modern primate called a tarsier has a cornea with the diameter of its whole eye. Its eyes are also bigger than its brain.

That means they are heavy and hard to hold into the skull. That led to evolving immobile eyes.

Tarsiers are able to rotate their heads 180 degrees compensating for their immobile eyes.

That’s the effect of light scattering that allows them to see their prey very well in the dark. It’s also very intimidating.

The progressive evolution of the human eye began around 30 million years ago.

Following the extinction of the dinosaurs, the ape ancestors of humans evolved from night to day vision and were one of the first species to see many different colors.

Yellow, blue, green and red in the beginning and the modern human can now see more than 2 million different colors.

The color differentiation came from mammals going to live in trees and eating red leaves which were more nutritious than green ones.

The early humans had depth perception due to the position of their eyes but had a very limited field of view.

That imposed the need to live with others of your kind to watch your back. This would lead to the development of larger brains and modern societies.

The eyes are the most important sense to modern species.

Which is why it’s crucial that in our age of technology we do the best to protect our eyes and prevent strain and diseases.

After all the eyes have taken millions of years to evolve into the useful machine we have today and we should take all measures possible to keep them and ourselves healthy. 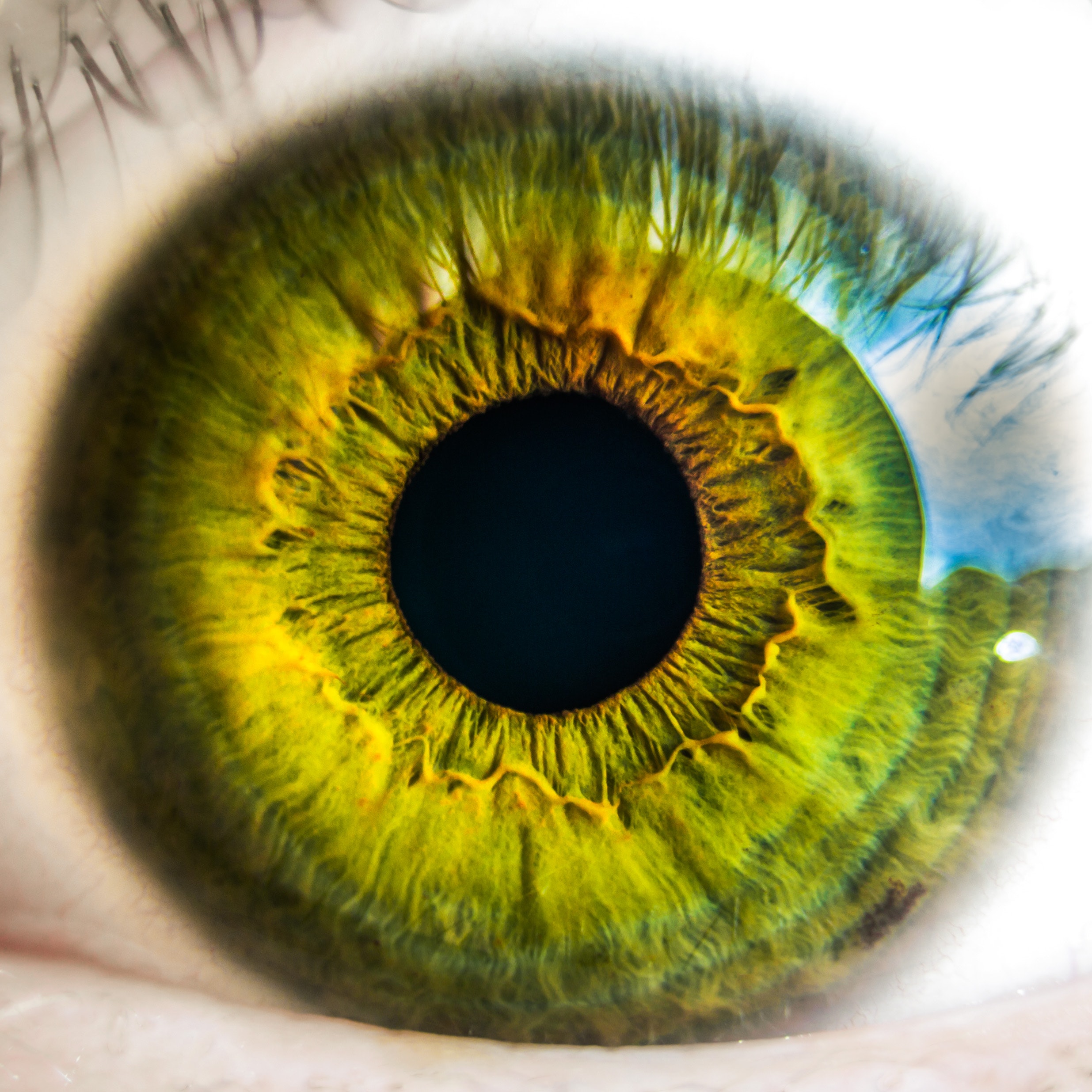