The Complete Guide to Color Therapy

A closer look at Color Symbolism and the Effects of Healing

An intro to chromotherapy

Chromotherapy is a system of alternative medicine based on the use of projected different colored light.

However, color therapy is not something new.

It has been used in medicinal practices over 2000 years ago in ancient Egypt and China. 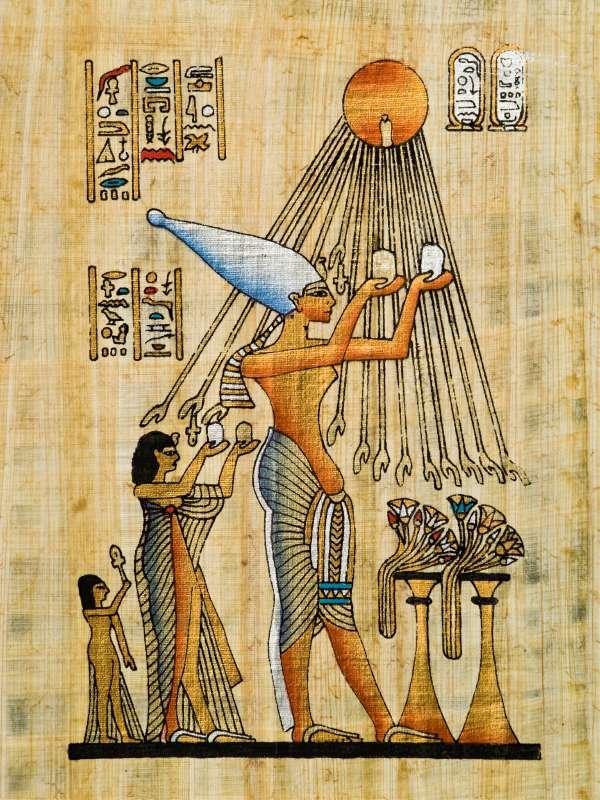 Of course, back then people had no understanding of the science behind light and different colors, but they certainly believed in their healing properties. 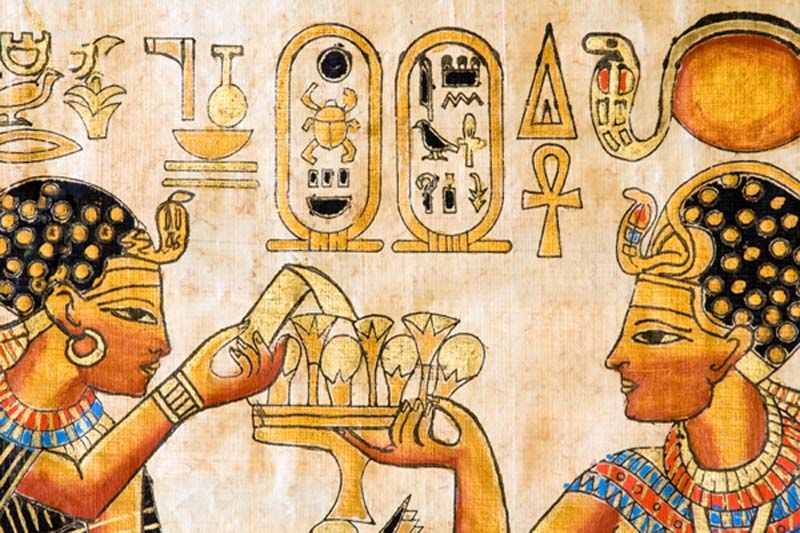 In ancient India began the view that still stands to this day in some monasteries that sunlight is essential to healing and well-being.

In ancient Greece began the rise of the physical prominence of color that still dominates our lives in modern times.

The ruins of statues and temples that we see today as white were originally painted in striking bright colors. 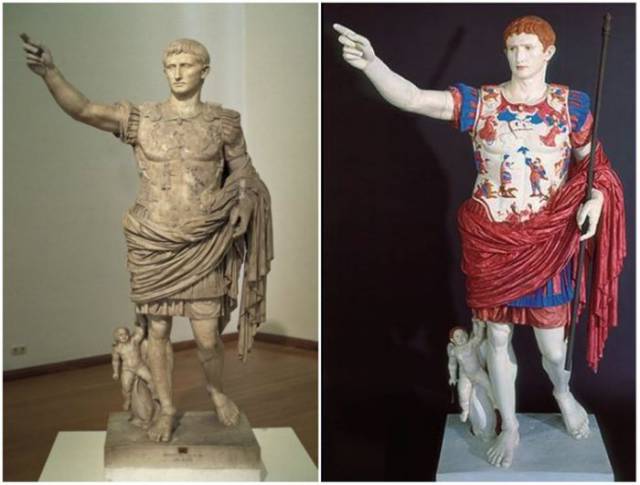 The ancient Greeks wore vivid garments and used many oils, crystals, dyes and ointments (that probably also came from Egypt) in the belief that colors affect our physical and mental state.

In the early Middle Ages, many philosophers created color charts and started associating different colors with different parts of the human body and different diseases.

He discovered that white light splits into the different colors of the spectrum when passing through a prism. 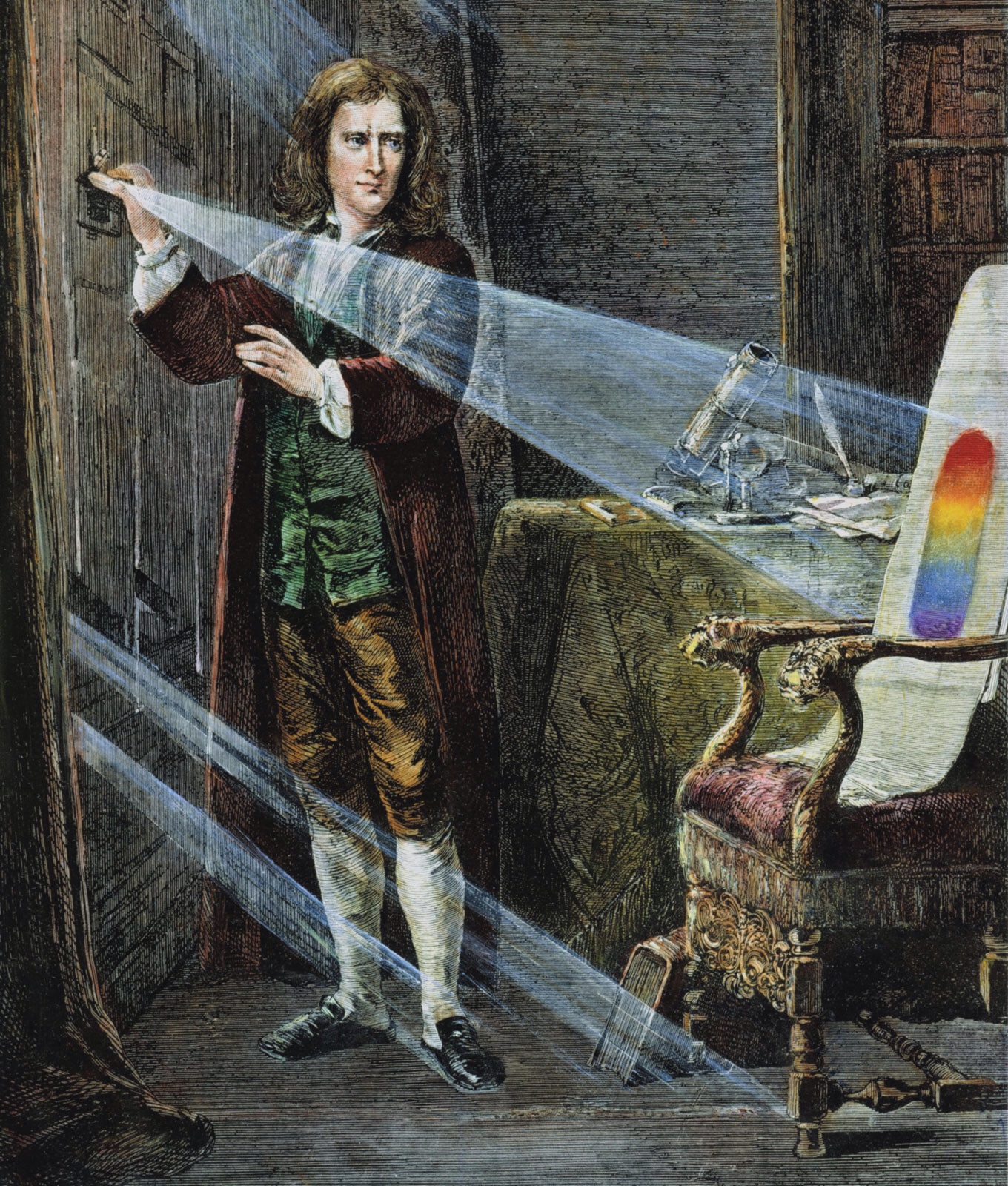 The belief that light and color can be used as a healing technique continued through the centuries after.

In the 19th century, there were many books published that explore the effects of light on animals and plants with various diseases.

Some avid researchers even performed experiments on people to further their claims on light therapy.

In the 20th century, many people began to try and explain why different colors of light had certain effects on particular parts of the human body and others didn’t.

By this time scientists had already done some research on the light spectrum and studying the wavelengths of different colors.

It turns out color is not just light but also energy.

This way by receiving energy the brain interprets the wavelength of the light and makes our perception of color a physical and sensory experience.

We already know about the effects non-visible light has on our bodies so naturally, visible light should also have some kind of action on us.

It’s a common misconception that we perceive light only with our eyes.

The longer the wavelength of light the deeper it can come through the skin. 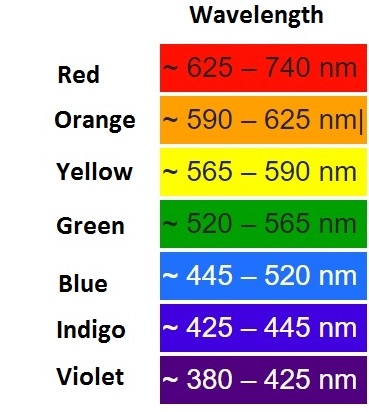 All this is why people have and continue to believe that diverse color vibrations can stimulate different moods and reactions in humans and even have an effect on the way our bodies grow and heal.

Color symbolism has also been used in different cultures throughout the world.

For example, think of a specific country like Italy or China－you immediately associate them with some kind of color.

This is also true for traditions like wedding attire, rituals, and folklore, the color of different foods around the world.

In modern times colors are an important part in marketing and advertising.

Subconsciously practically everyone believes that different colors somehow affect our mindset and way of thinking.

But how exactly? Should we believe all of this?

Is it more likely for me to buy a hamburger if the logo of the restaurant was yellow rather than violet?

Can I be healed from lung cancer if I’m exposed to green light? Can we be sure and how much exactly is plausible in the different color meanings?

Red is a color associated with energy and the bloodstream.

It’s also the healthiest color for our eyes. In some cultures, it’s considered as the color of pureness and marriage.

Red along with orange is also an abundant color in fruits and stimulates our appetite.

Orange is warm and cheerful, it’s considered the colors of happiness.

You’ve also probably wondered which was named first the color orange or the fruit?

Well, whatever it is it’s no coincidence because oranges have Vitamin C which is very important when fighting the flu or a regular Thursday cough.

It’s a color that stimulates interest and increases awareness.

It’s also related to the ability to perceive and understand.

Yellow is a very popular color in marketing too.

That’s mostly because we see the Sun as yellow we consider it to be the brightest and happiest color.

The Sun gives off light in the whole spectrum but it’s maximum is in green.

So it’s no coincidence that green has been considered by many as the most healing color that starts a process of throughout restoration and ‘makes everything feel good’.

Green is also the color of nature－grass, trees, leaves.

Being in the middle of the visible spectrum green is considered to bring balance in every aspect of life.

Green is also the color of money. ?

Blue light is the most dangerous type of light.

We’ve discussed its effects on health and the human eye many times.

You can check out our other informative articles “Blue light – learn the fact and fiction behind this modern threat” and “How blue light destroyed our sleep“.

Don’t forget however that not all blue light is harmful. Blue is the color of the sky! 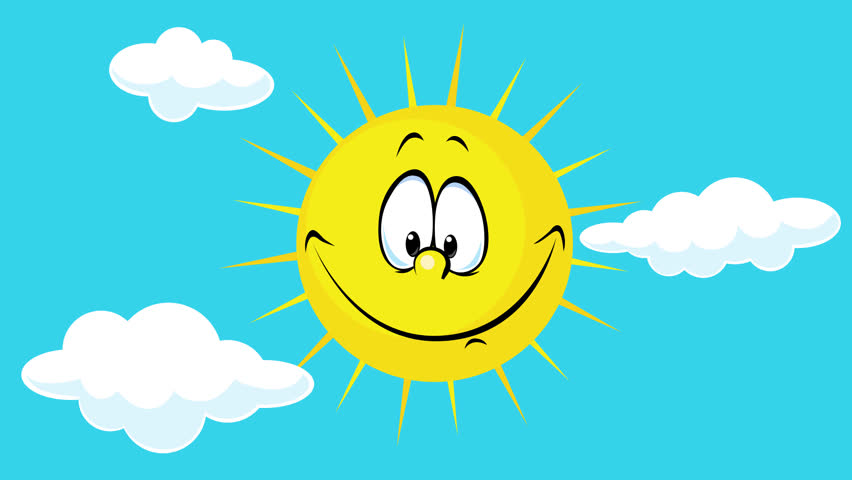 It helps us know when we should sleep and wake up.

Regulates our circadian rhythm and keeps us on track.

Blue is also the color of many social media as it’s considered as a color connected to communication and speech.

Violet is a color often associated with power, authority and wisdom. It also stimulates creativity.

In the spectrum, violet is the last color before light switches into the dangerous short wavelengths.

Although violet is associated with injury it has been used to treat inflammatory issues, cramps and epilepsy.

You’ve probably looked at a rainbow once or twice in your life and wondered “Where is brown?”.

That shouldn’t worry you at all. The human eye can perceive 7 MILLION colors!

Colors that we see in our everyday life but not in the light spectrum are colors like white, gray, black, brown, pink, gold, silver and the so-called impossible colors.

Take a look at this fun picture that can show you some impossible colors: 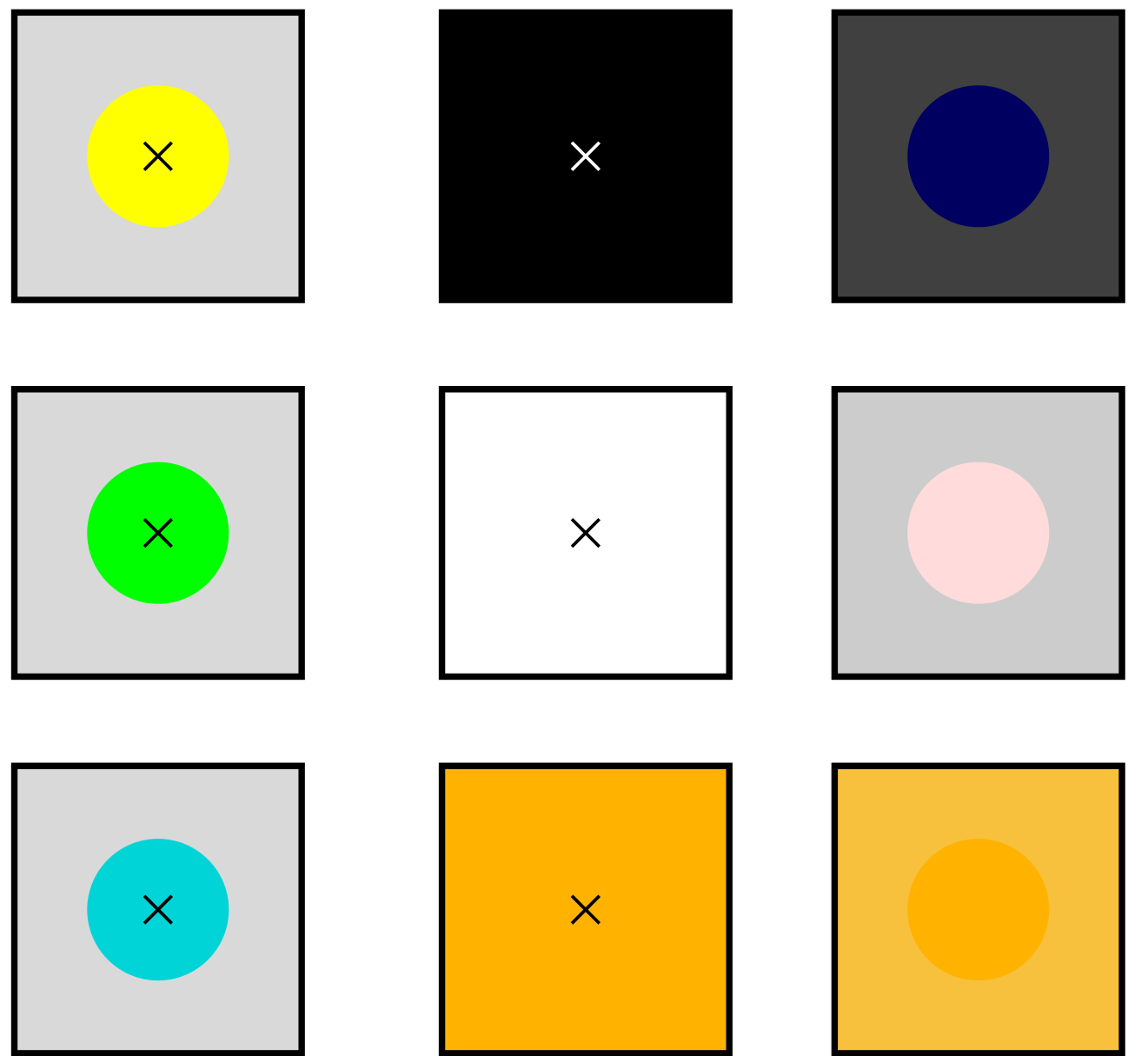 So why are these colors not in the spectrum?

Well, white is a combination of all wavelengths in the visible spectrum, and black is the lack thereof. 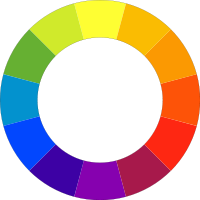 So if you mix yellow and purple－tada! You get brown.

Metallic colors, like gold, silver and platinum, on the other hand, have a characteristic that makes them what they are－shiny.

The shiny effect is due to the material’s brightness varying with the surface angle.

That’s how you get metallic colors. 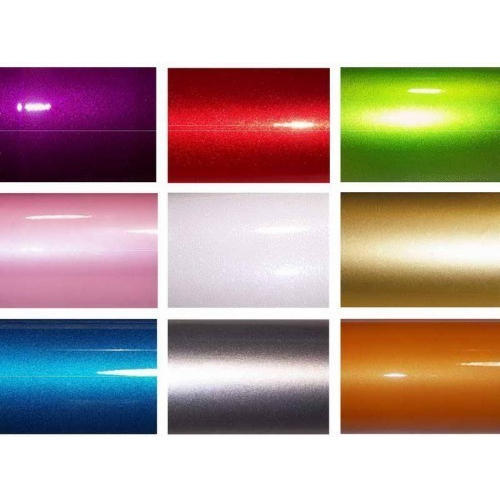 The more white you add the lighter pink you get. 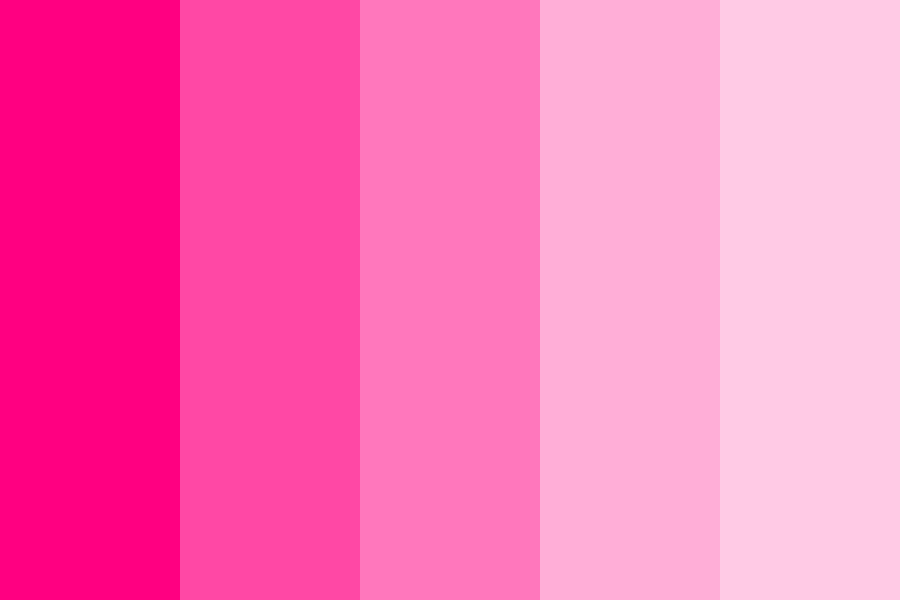 Remember white was a mixture of all spectrum colors and then you add some red－isn’t pink the funkiest color?

Grey however you can make in various different ways. By mixing black and white. By mixing the primary colors.

By adding a little white to that primary mix. By mixing primary with a complementary color (and not getting brown).

What is the effect of all these kooky colors?

White has always been associated with purity and safety, and black with darkness and fear.

Brown is one of the nature colors, reminds you of tree bark and musty smells.

Metallic colors give us a sense of a new car or a fancy restaurant. Gold is after all a symbol of wealth.

And pink even in the 21st century is still considered a girly color (can we not with the prejudice?).

All of these are colors that you should be careful about how you incorporate in your daily life.

For the love of all good things don’t make your bathroom out of gold or paint your porch a bright neon pink! 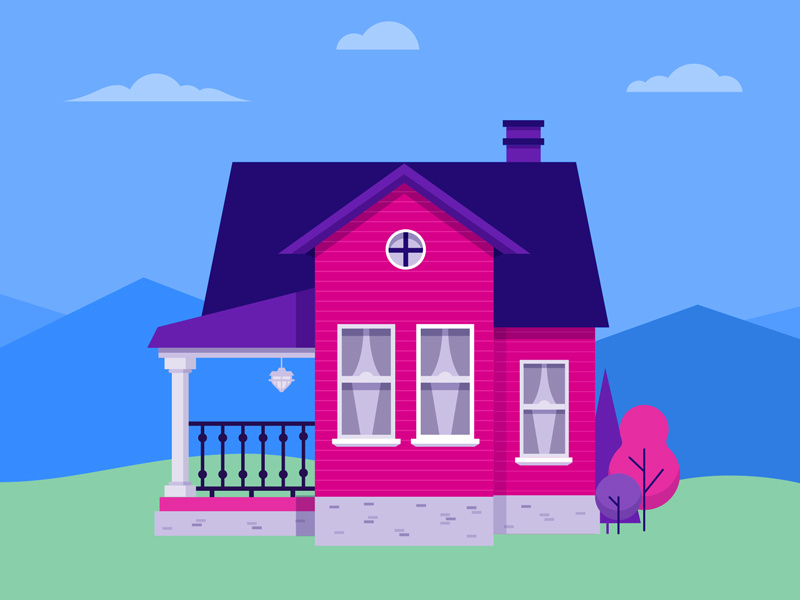 All of this is nice and everything but how much scientific recognition does all this have?

In these modern times if something regarding our health cannot be backed up by science it’s considered quackery and pseudoscience, no matter how many people actually believe in it.

In recent times color therapy is a huge business in the spa industry.

Verified or not it’s used to treat various disorders and diseases not only with the physical body but it also claims it can heal the soul.

Some hardcore supporters delve into claims of chakras and the electromagnetic recharge of the aura. 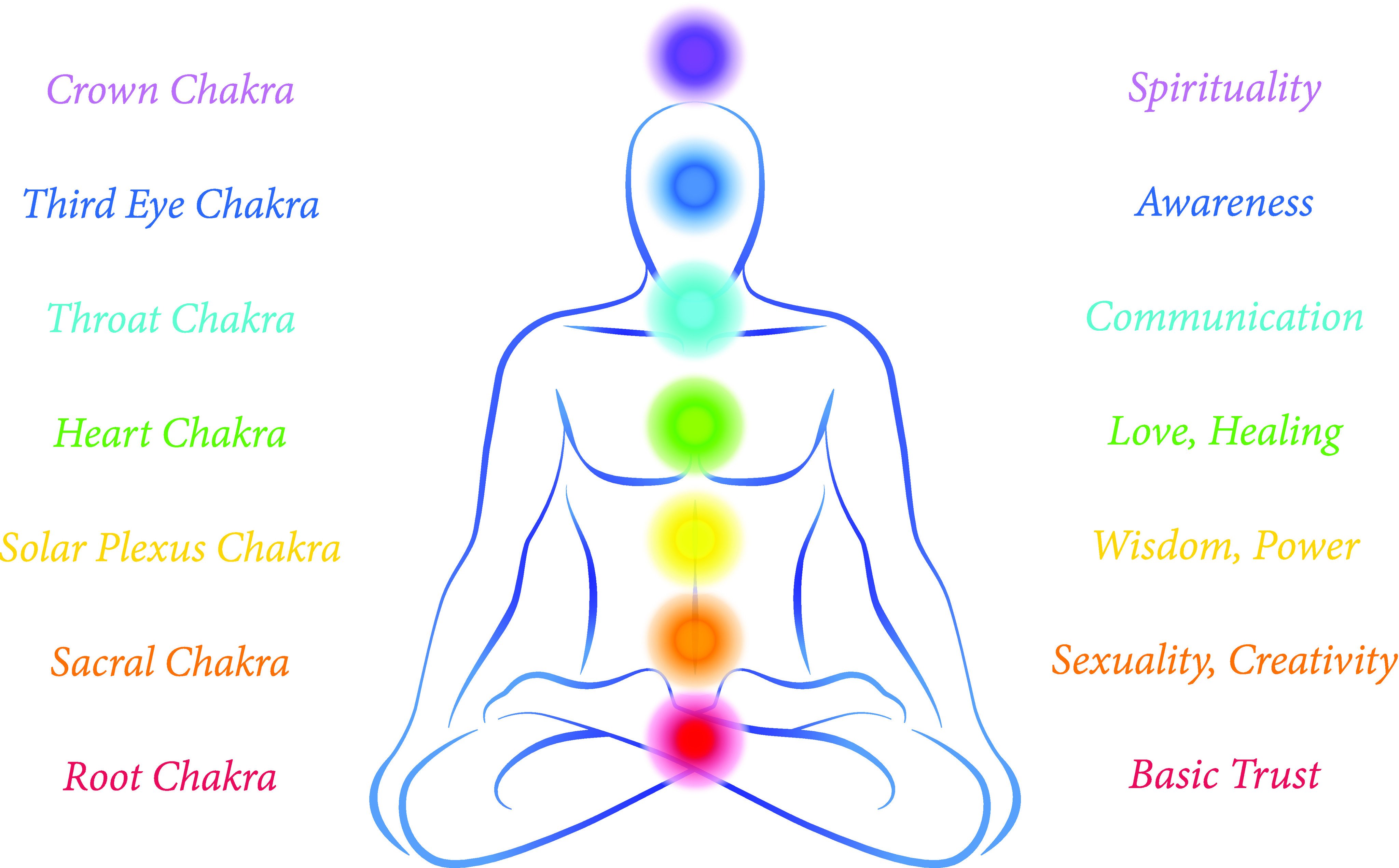 More down-to-earth users of color therapy believe it’s only a way to help you relax and unwind after a hard day or cope better after an injury.

Some people even believe it to have anti-aging properties, others are using it to treat violence and aggressive behavior.

Light therapy can also help with sleep disorders like insomnia, and help with work productivity.

This is very useful in northern countries where there is less light from the Sun on a daily basis.

None of these effects have actually been 100% confirmed by scientific experiments despite there being many attempts.

One study conducted on a certain kind of jellyfish showed that their primitive eye receptors send specific neural signals depending on the type of light shone upon them.

Read more about this study in our article about the evolution of eyes – “The eyes: from ancient jellyfish to modern humans“.

There are also many inconsistencies as to which color you should use for what.

Despite color therapy having many signs of being a pseudoscience, people are still participating in it.

There are many shared opinions on the internet of people’s stories on how colored light therapy has helped them in some way.

However, the main consensus in the science circle is that color therapy cannot treat serious diseases and can only help in placebo-type relaxation and perhaps some mental related issues－but it’s not a guaranteed treatment.

In conclusion, if color therapy helps you feel better, like a cold beer on a summer day, or a hot tea on a winter morning, then use it as you wish.

But remember－don’t let it replace a visit to the doctor.

If you’re more curious about the effects of colored light you can check out our article “Are you feeling drained from your frequent computer use?”

And if you’re worried that your computer screen is hurting your eyes you can try Iris – software for eye protection in front of the PC. 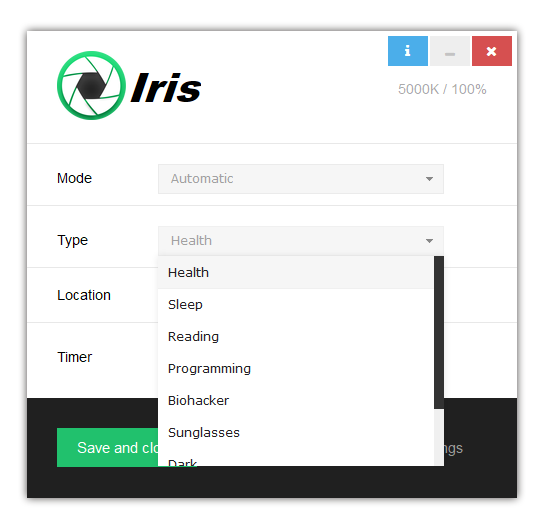 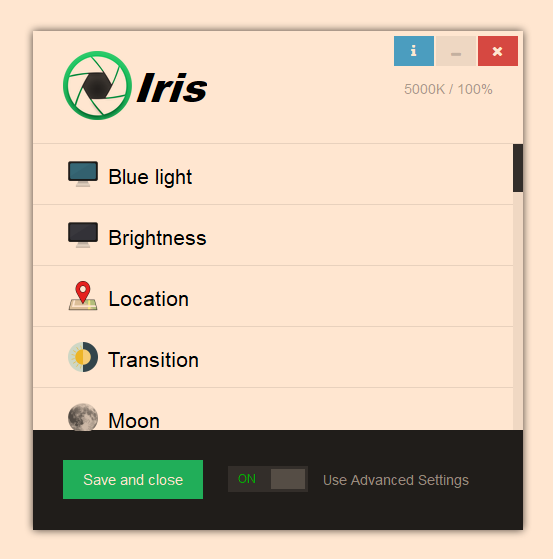 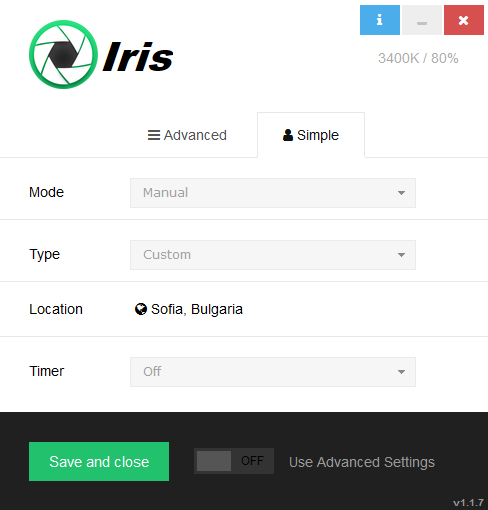 2 thoughts on “The Complete Guide to Color Therapy”