How to Know if you are Mild Deutan?

In this age, color identification is very much important in daily life.

While walking on the street, color detection is important in identifying the traffic signs and other important signals.

In the field of fashion, colors do play a vital role and just a shade of color may define the quality of wearing stuff.

In industries, it’s important to identify colors while making pigments and different dyes.

Different categories of color blindness are discussed by experts.

Deuteranopia is the most common type of color blindness.

The people affected with deuteranopia are called Deutans.

Deuteranopia is said to be a condition in which the green cones don’t detect enough green and are too sensitive to yellows, oranges, and reds.

A person having deuteranopia will face difficulty in identifying greens, yellows, oranges, and browns as they may appear similar to him/her.

Many attempts have been made in order to prepare color blindness tests and to prepare equipment to do so.

It’s very important to know whether a person is color blind or not as it may play a vital role in every aspect of the life.

Army recruitment and pilot selection do pay a lot of attention to these tests. 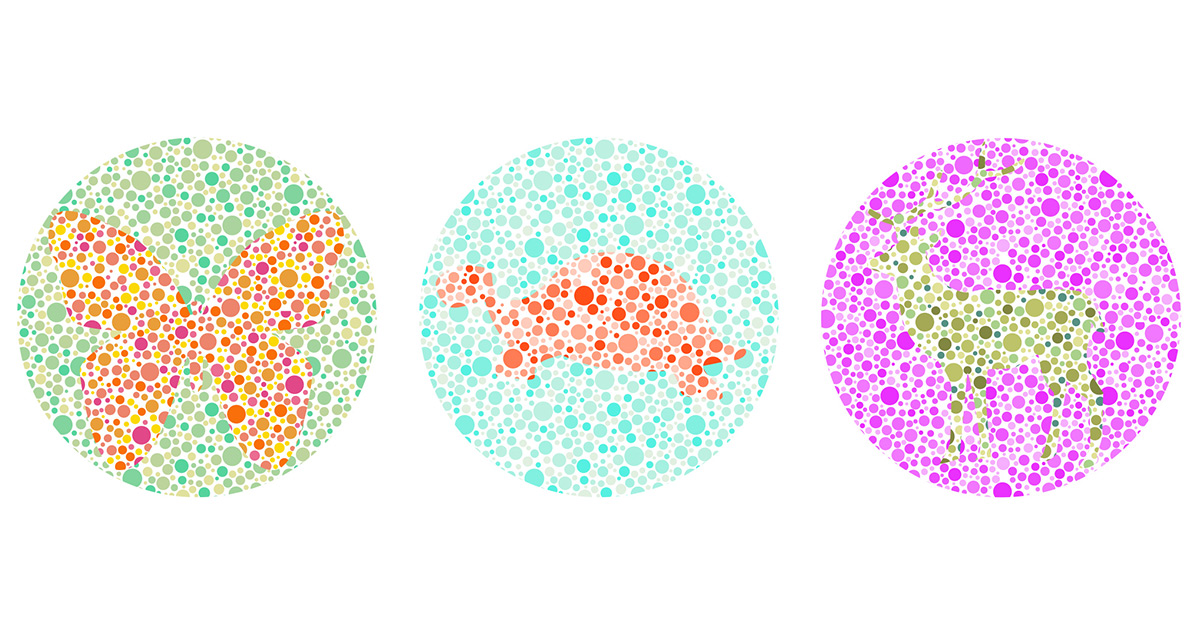 Different methods are there to detect the severity of color blindness and to categorize it accordingly.

Some of the important methods are given below: 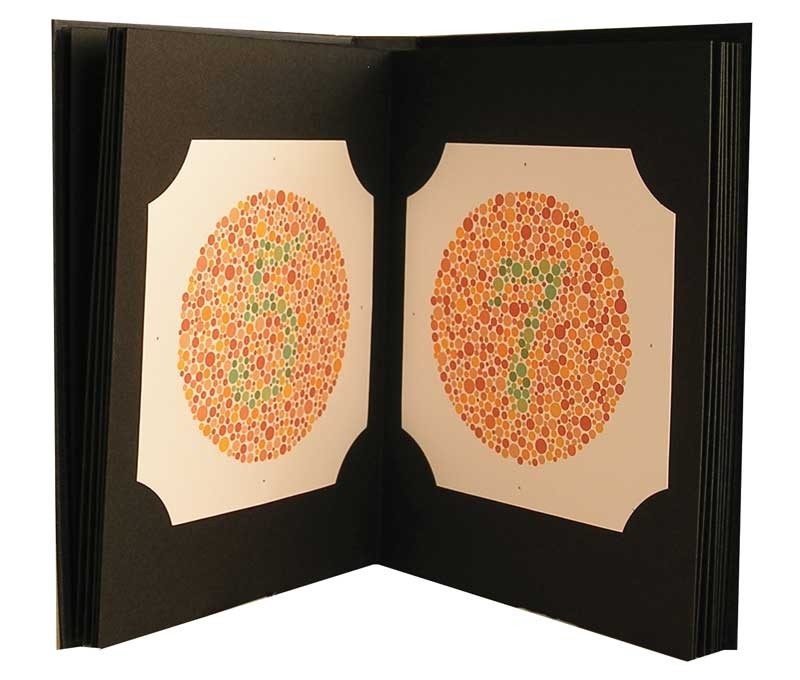 This test was designed by a Japanese professor Dr. Shinobu in order to test color perception.

This test is used to detect any red-green color deficiency.

38 plates are used for this test each of which consists of a circle of dots which appear randomized in color and size. Figures are written on each plate.

Some plates are such that their figures are visible to everyone.

Some figures or number are visible normal people and some are visible to people with deficient eyes.

A minimum score of 12 is required to be called as a normal eyed person and any score lesser than 12 will be considered an abnormality.

This test uses 88 plates and not 100. It was designed by Dean Farnsworth Munsell in 1943 in order to detect the ability to differentiate different shades of colors.

In this test, a person under control simply has to arrange the shades and properly manage the sequence.

The higher the TES score is, the more severe your deficiency will be. 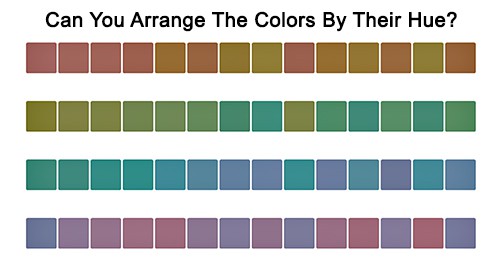 This test was also designed by Farnsworth in 1947. This is also called a D-15 test. I

n this test, a person is given different shades and he has to manage the colors in best possible order.

If a person is color blind, he will manage the colors in quite different manner than a normal eyed person.

In this test, a person is given two colors which he can alter in order to match them.

He is asked to match the colors. The truth is, they aren’t matching.

If any person says he has matched the two colors, he may be color blind as they appeared to him as similar. 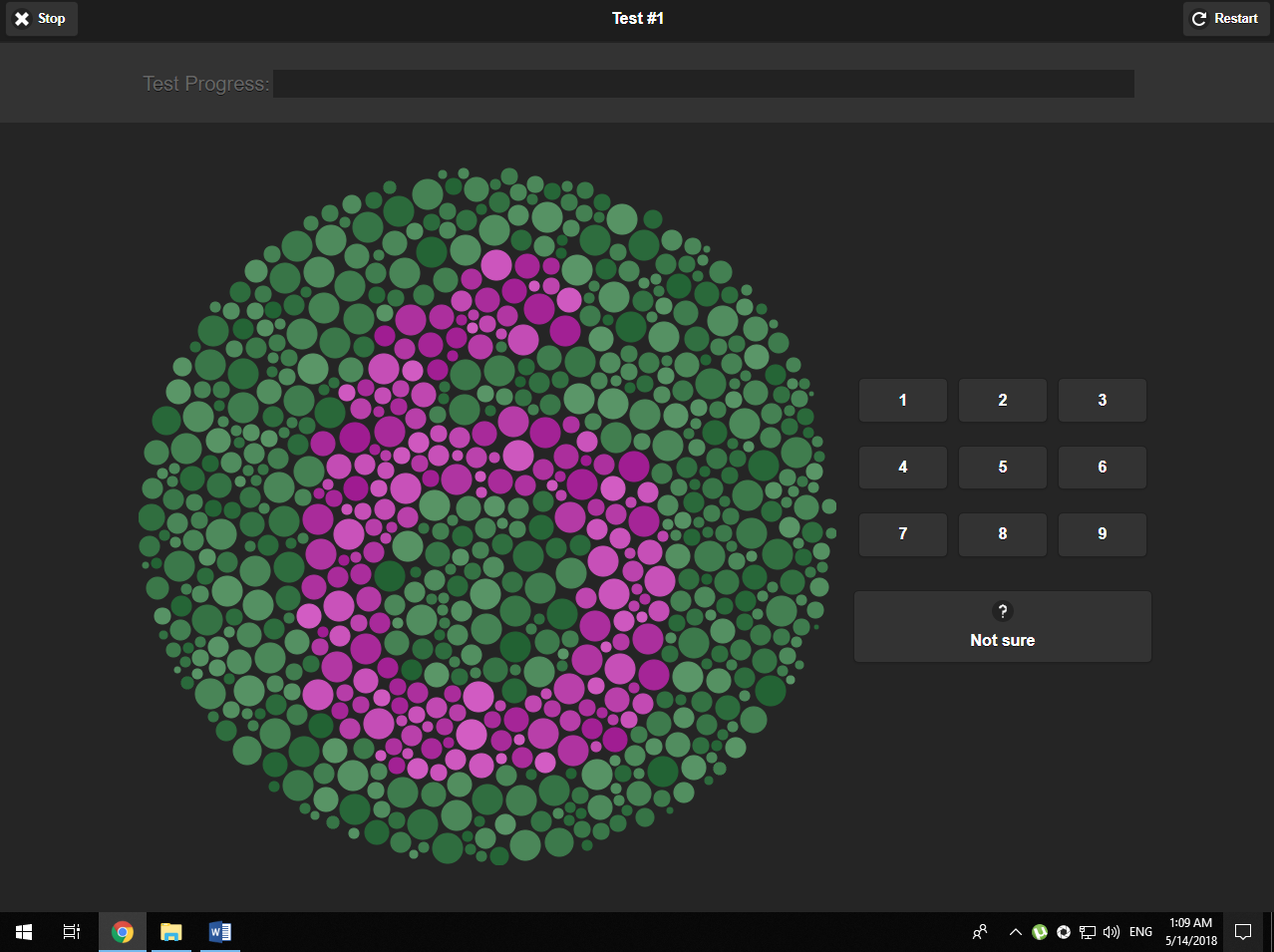 Vision test for colorblindness is the fastest and reliable way to find out whether you are colorblind or not.

Several methods are there to detect the eye deficiencies. Some of the tests are discussed above.

Vision is the perfect solution that you need to get rid of colorblindness.

It will help you to see like a normal person and the colors will not appear blurry anymore.