and People who can’t see Red 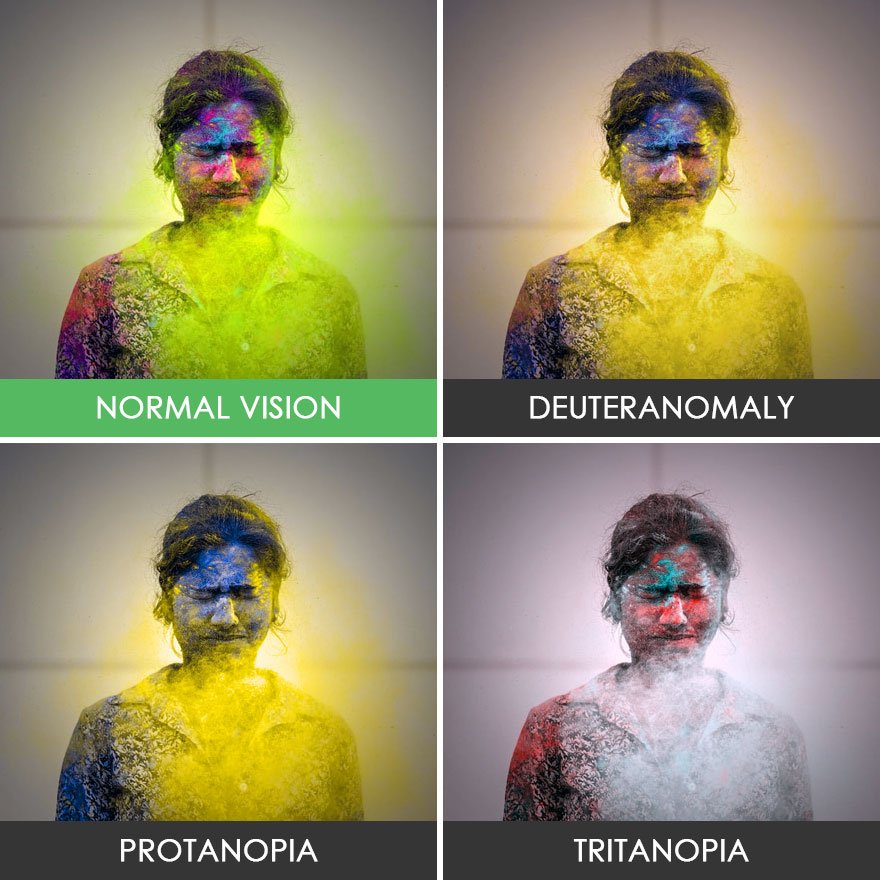 Protans have either defective long-wavelength cones (L-cones) or the L-cones are missing at all. If they are missing it is called protanopia or sometimes red-dichromacy. Affected persons are dichromats because they have only two working cone types, short- and medium-wavelength, compared to persons with normal vision with three different cone types. 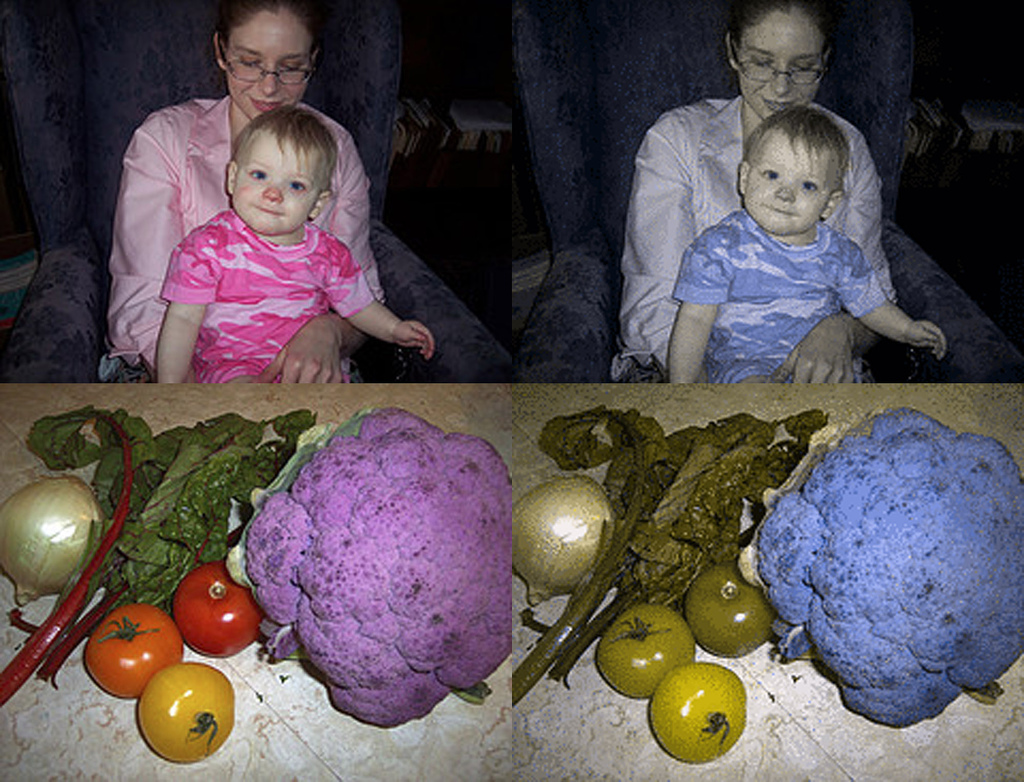 If the L-cones are defective they appear in different intensities. This results in either a stronger or a weaker color blindness. If L-cones are not missing but defective it is called protanomaly.

Protanopes are more likely to confuse:-
1. Black with many shades of red
2. Dark brown with dark green, dark orange and dark red
2. Some blues with some reds, purples and dark pinks
3. Mid-greens with some oranges 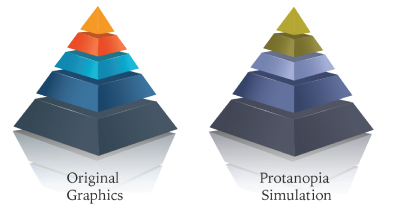 There are a number of studies which show that color vision deficiencies are a serious risk factor in driving. Particularly protan color blindness reduces substantially the ability to see red lights, regardless of the severity of the defect. Tests showed that protans were very much over-represented in an accident causing group of drivers mostly involving either signal lights or break lights. Some scientists estimate that being a protan has associated with it a level of risk of road accident that is equivalent to having a blood alcohol level of between 0.05 and 0.08 per cent. Because of that for example in Australia you can’t get hold of a commercial drivers licence since 1994 if you are suffering from protanopia or protanomaly. 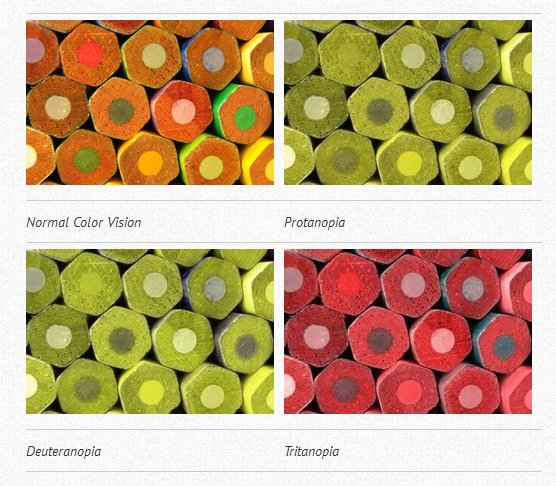