Top 10 software developers in the world

Programming and software developers are one of the fastest developing working fields and careers right now.

Respectively, programmers or IT specialists are in high demand on the market.

However, back in the days, not everyone could have become a programmer.

Therefore 10 people were recognized as the “Top 10 software developers of all time”.

Naturally, as an introduction, we have to mention who was the first software developer and the story behind this profession.

If you are not familiar with the topic, you will probably be surprised to know that actually the first computer programmer is a woman.

And namely, Ada Lovelace – the daughter of the famous British poet and politician Lord Byron.

From an early age, Ada showed talent in mathematics.

Her friendship with Charles Babbage is crucial for her further development in the field of mathematics and computer. 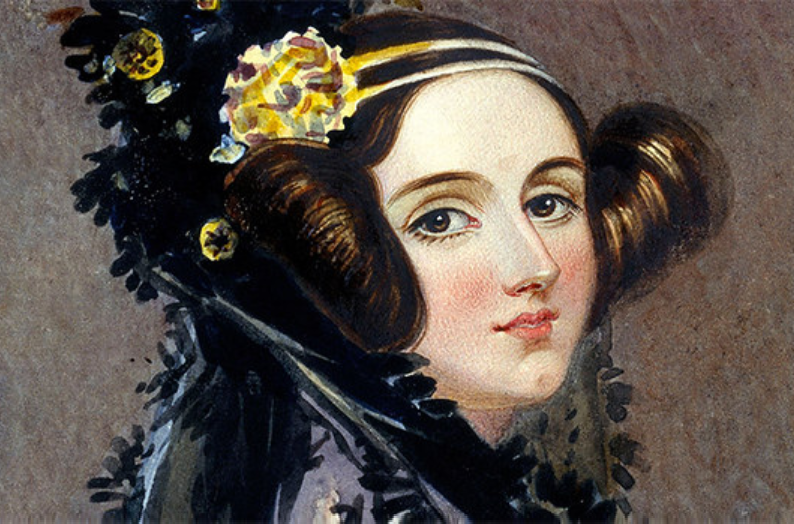 Charles Babbage is known as the father of the computer.

But Ada is the one who saw the potential of the machine beyond simple calculations.

In a publication, she described how codes can be created in order for the device to handle letters and symbols too.

During her lifetime Ada Lovelace did not gain any recognition.

Her work was discovered in the ’50s and was republished.

Since then she received a lot of honors and was recognized as the “first computer programmer”.

Now, after we have a brief idea of the history of this term, let’s move forward to the list of top 10 software developers:

The first place is given to the American computer scientist Dennis Ritchie.

He is said to have helped in the formation of the digital era by creating the C – a programming language and the Unix operating system, together with his colleague Ken Thompson.

Dennis Ritchie received a number of awards, including the National Medal of Technology in 1999.

It has become one of the most influential programming languages in the history of computing.

James Gosling is a Canadian computer scientist who is best known for the creation of the Java programming language.

He has also contributed to a few other software systems.

James Gosling was elected to Foreign Associate member of the US National Academy of Engineering because of his huge accomplishments.

The Finnish – American software engineer is the creator and the developer of the Linux kernel.

It is the kernel of Linux operating systems, as well as of Android and Chrome OS.

As an addition to that, Torvalds created the revision control system Git and the diving log software Subsurface. 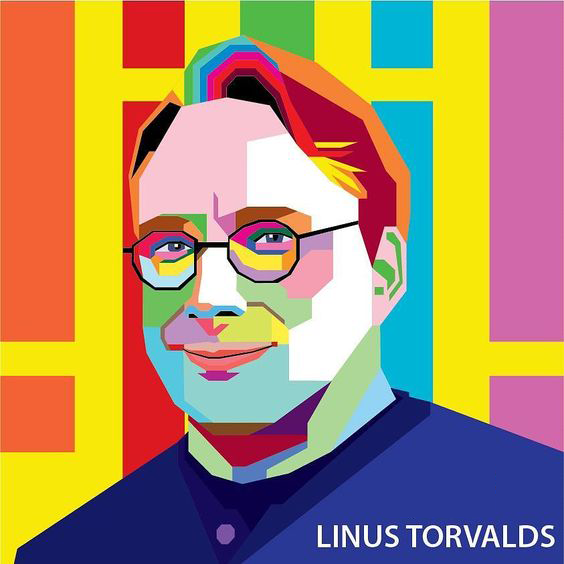 The Danish software engineer is known for the co-design of a few popular programming languages and development tools.

The programming language C# is his deed.

At the moment he works for Microsoft as the lead architect of C# and core developer on TypeScript.

Sir Timothy Berners – Lee is the person, responsible for the World Wide Web we all know and use today.

He is a British computer scientist and director of the  World Wide Web Consortium (W3C).

In 1989 Timothy Berners – Lee implemented the first successful communication between HTTP client and server via the Internet. 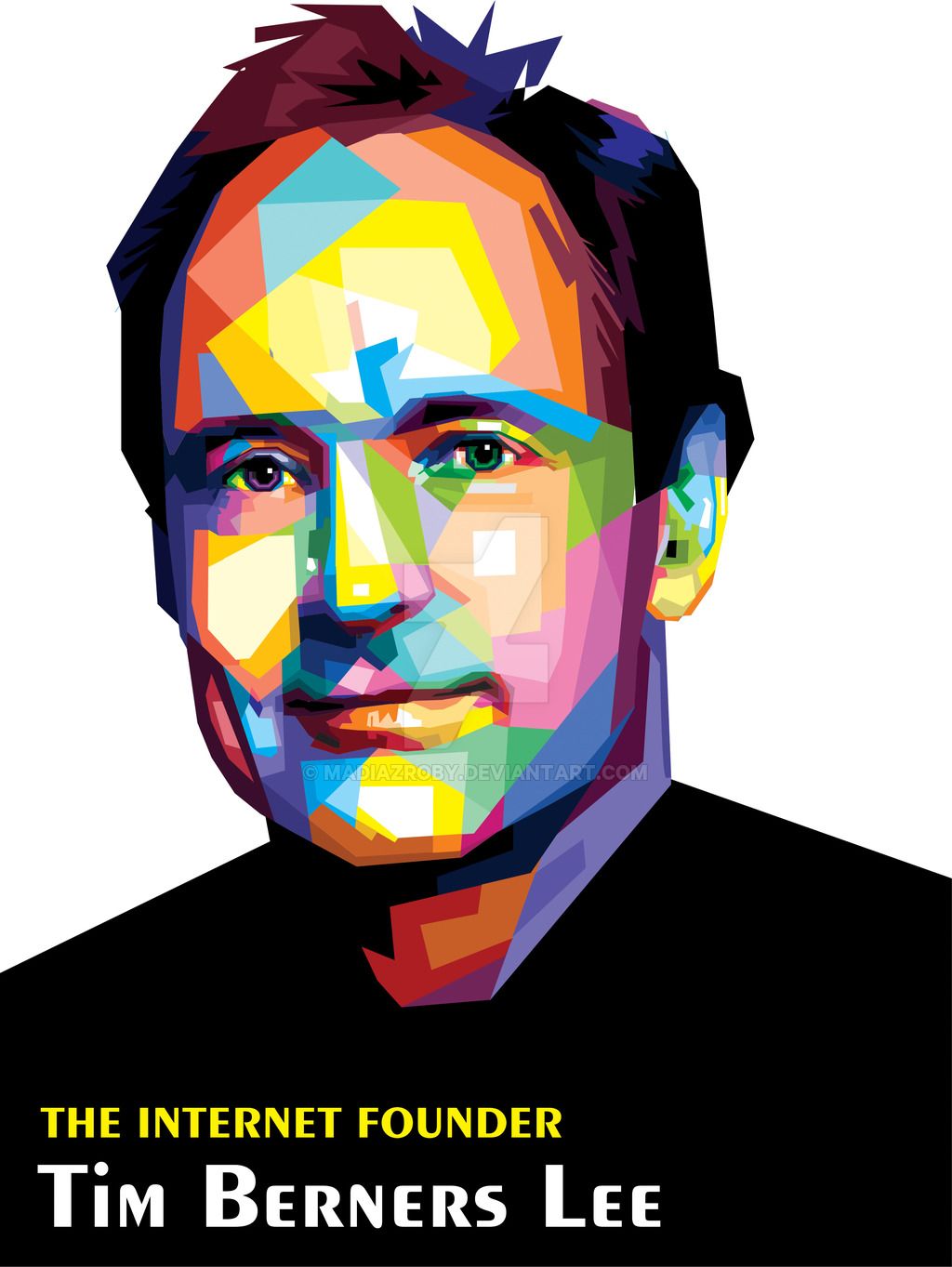 Brian Kernighan is a Canadian computer scientist who worked along with Dennis Ritchie and Ken Thompson in the development of Unix.

He also contributed to the programming languages AWK and AMPL.

Brian Kernighan became more popular after publishing the first book on the C programming language, together with Dennis Ritchie.

After mentioning his name twice, it is now Ken Thompson’s turn to join the list of the Top 10 software developers.

He is an American pioneer in computer science.

Ken Thompson designed and implemented the Unix operating system and the B programming language.

Working at Google, he participated in the invention of the Go programming language. 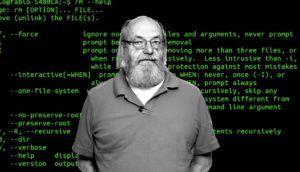 He is a Dutch computer programmer who developed the Python programming language.

Donald Knuth is an American computer scientist and mathematician.

He is named the “father of the analysis of algorithms”.

His multi-volume work “The Art of Computer Programming” contributed a lot to Knuth’s analysis, algorithms, and mathematical techniques.

It will be also reasonable to include the creator of Iris, Daniel Georgiev since his program can be beneficial for everyone!

Download it now and you will stop having the horrible headaches and digital eye strain when you work in front of a computer.

You will be able to scroll through social media or read on your laptop.

Iris will manage the brightness of your screen, depending on your own preferences because it comes in several different modes. 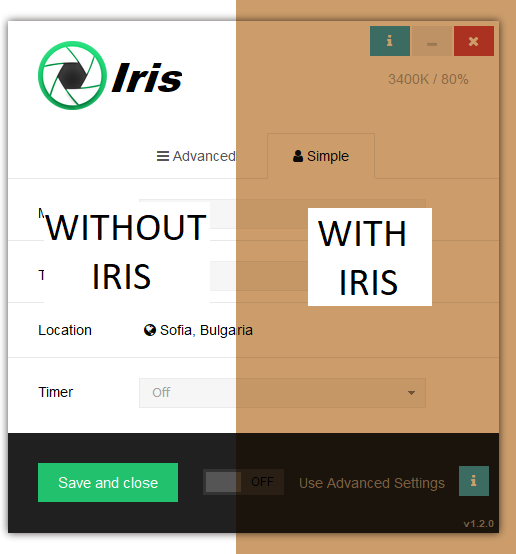 Do not hesitate to try it out – you will be grateful to yourself!

If you have any suggestions about people who should be included in this list, let us know in the comments down below!

Necessary habits of every programmer

After we have presented the most influential software developers, it is time to share with you the most important qualities you have to possess in order to be successful.

Of course, some things are valid for people in the industry but others are general necessities.

You write clean code which is easy for test and use

Andrew Magee, who is a software development manager, says that “A function should do one thing and one thing only.

If it does more than one thing, it lacks focus.”

Therefore you have to make sure your code does not become so long that it will be hard for a test and use later on.

After all, you will “spend more time reading your code than writing it”.

For this reason, it should be possible to quickly understand what it is about.

Another good advice that Andrew Magee gives is to name the functions simply and meaningfully. 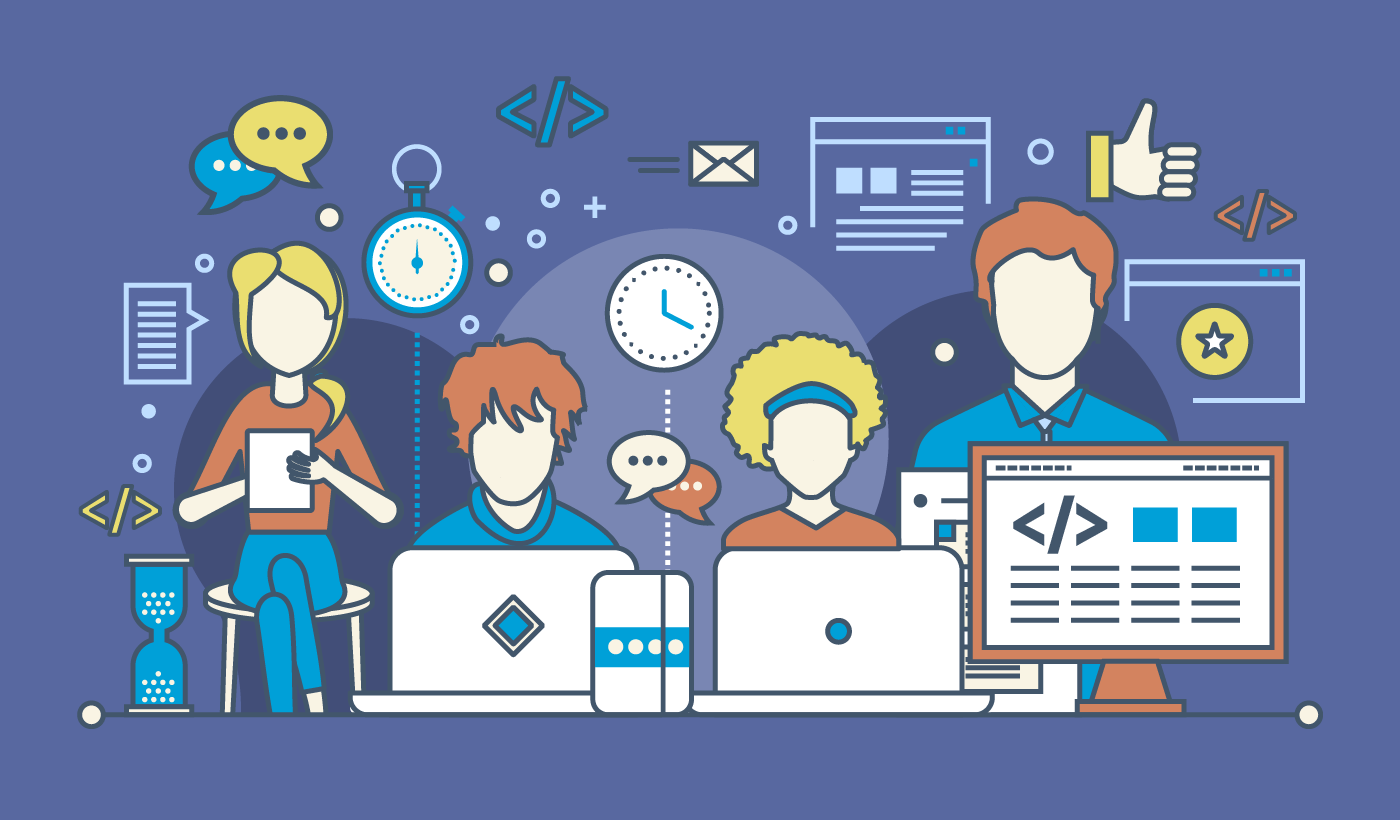 Your code helps the overall business

Nowadays even some kids can write a code and make it into a basic program.

What is important, however, is to be able to see beyond.

A programmer or software developer should be able to contribute not only to an app or a programming language but to the business as a whole.

Todd Stephan, who is a vice president of software engineering at Ask Applications, describes the “great developers” as “understand broadly how the company works at a business level, speak the business’ language, and master translating the business language to technology and vice versa”. 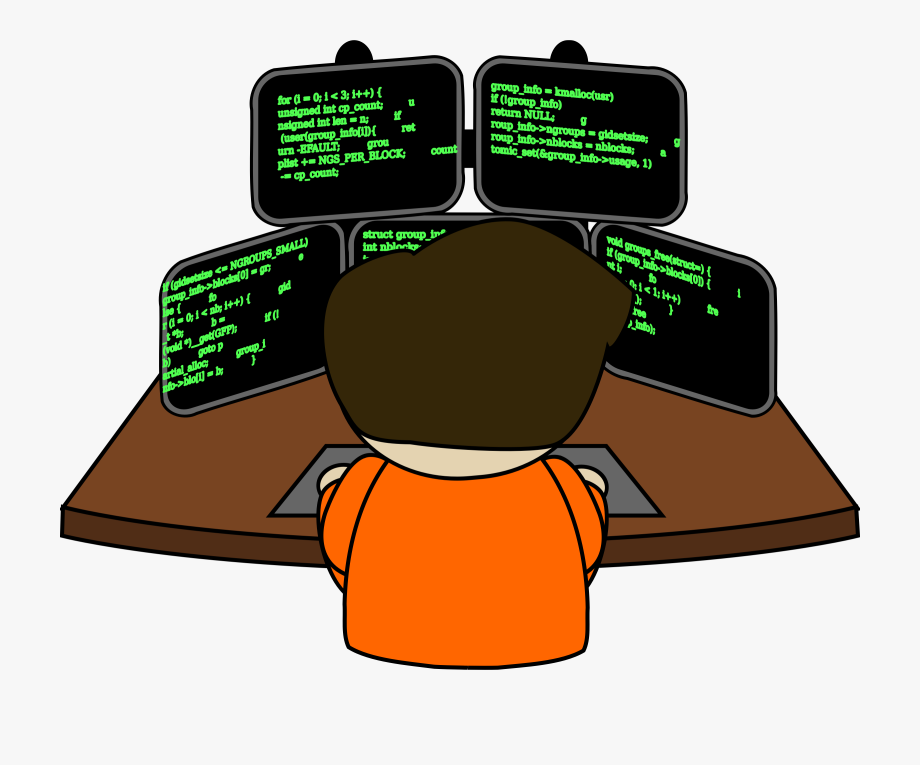 You read a lot of books

In the digital era, we live information that has never been as available.

Big libraries are uploading online and everything can be read for free. The information is not so well organized, however, which can have an impact on the end result.

This means you may not learn as much.

Book is always a better idea, especially when it comes to topics like software engineering.

They have no distractions since all of the information you need is in one place.

Furthermore, reading for a long time on a device may cause digital eye strain and headaches.

Having downloaded Iris on your PC will definitely help you with this issue through – the program will moderate how much blue light is emitted from the screen.

It comes with a few different modes which allow you to choose the most suitable one for your needs. 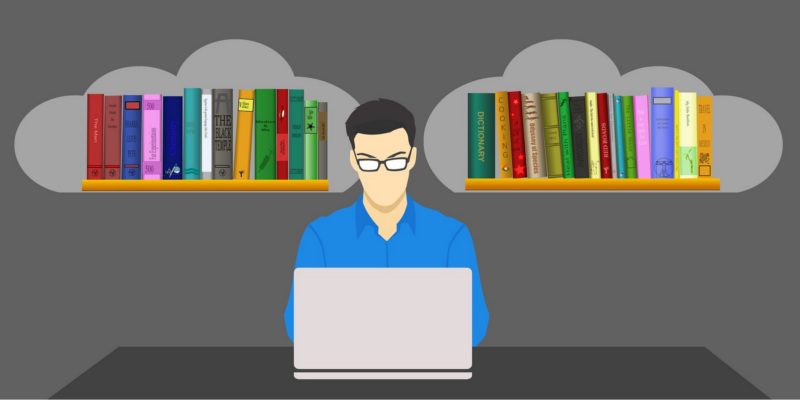 You listen and ask questions

Having the ability to be a good listener is a very important one in general.

Surround yourself with people who know more than you do and listen carefully to what they are saying.

After that ask as many questions as possible.

Never be afraid to do so – you won’t look stupid as you may fear!

On the contrary, you will show interest and eagerness to learn.

As a software developer you should analyze a lot and when you do not understand something, immediately ask about it.

By listening and asking questions you will learn a lot easier and faster.

Things every software developer should know

We have briefly told the story of programming, listed the greatest software developers and 5 habits every one of them should possess.

Let’s take a look at what is considered obligatory for them to know according to the words of a programmer himself. Javin Paul made a list in the site dev.to:

They are the basic that every programmer should be familiar with.

Without knowing the simplest data structures you won’t be able to write a single code.

Along with algorithms, these are the first two things you should learn in your career path as a software developer.

Thanks to store control you are able to store your code and collaborate within your team.

This way you can work in one codebase with your co-workers but on a different feature without overriding each change.

Javin Paul says that the text editor has always been his friend during his work as a programmer.

It is an important tool for people who work with computers in general.

There more basic, as well as more advanced text editors so it really depends on your own preferences.

This is a software application that usually consists of a source code editor, builds automation tools and a debugger.

SQL is a domain-specific language that is used in programming.

It is designed to manage data held in database systems.

By working with Linux you will be able to be effective.

It allows you to search files, see what is happening with the system and perform both basic and advanced tasks.

As Javin Paul says, you may be surprised to see Microsoft Excel in this list since it is used for a lot of basic work.

It includes, however, a number of useful features and functions you can perform data analysis with.

Take your time to dive deep into what Microsoft Excel has to offer.

It will help you a lot in your work! 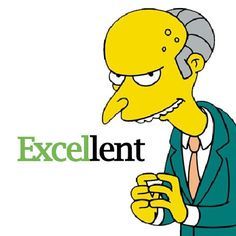 This one is pretty obvious but Javin Paul mentioned it nonetheless.

Whether be it C++, Java, Python or JavaScript.

His advice is to start with Java since it is easy.

But of course, the more you know – the better, right?

Most probably every app you write will be connected to a client-server app.

This means the request will go through the network to a server.

Clients will have access to your app from everywhere.

The point is you have to understand the network basics in order to know how to develop and support your app.

The successful software developers know scripting languages witch allows them to create tools and scripts you can solve common problems with.

The history of programming is thought to have begun with a woman – the daughter of the British poet and politician Lord Byron, Ada Lovelace.

Later on, she was inherited by some people who left a great mark in the field of software engineering.

Their names now stay in history as an equivalent of unforgettable achievements.

The needed habits in order to become one of them include not only being able to write clean code, but also be in a constant state of improving your skills and knowledge.

There are some other necessary things you should know like data structures, text editors, a programming language, network basics, etc.

Programming is yet to develop even more.

So, if you are into it, continue working hard, understanding new concepts and why not – making history?

2 thoughts on “Top 10 software developers in the world”